The eFootball.Pro League is on hold due to the COVID-19 pandemic as every matchday takes place in Barcelona which has been hit hard. PES Pro players have been busy representing their national teams on the eEuro 2020 qualifiers, however, and playing some unofficial tournaments like StayHomeWithPES. Some of them, however, will be back come next Sunday.

Konami just announced the eFootball.Pro Friendly Series, a one-day competition where every team in the league will be represented by just one of the pro players in their line-up. Only 10 players competing for the glory, already distributed in brackets according to the current standing of the teams in eFootball.Pro.

eFootball.Pro Friendly Series start tomorrow, on Saturday, May 9, at 12:00 BST (13:00 CEST), casted by Harry Channon on the official PES channel on Youtube. Take a look at the schedule and which player was selected by your favourite team here. Interested in learning more about the participants? Read more here. 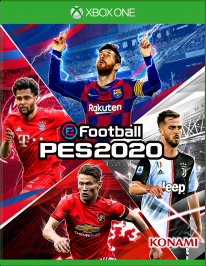