Konami's kicked the first demo of Pro Evolution Soccer 2013 onto the digital pitch for both PS3 and Xbox 360.

It's got eight teams - Germany, England, Portugal and Italy from the European field, while Santos FC, SC International, Fluminense and Flamengo are available in the Copa Libertadores mode. The demo's weighing in at 1.19GB.

You can set up your download queue for the Xbox 360 version here, and Konami's dropped a squad of new shots to tie in with the demo's release. You can see them below.

EA: PES "keeps us on our toes"

Kick-off from this week's release.

Hatsumi and Murphy on changes. 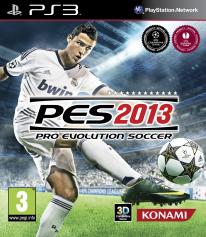