Money makes the world go round, or so they say. After all, capitalism is something that we've come to be quite familiar with in the west, and has been a hot talking point in the last century. And now it's crossed over into video games once more, this time through Nippon Ichi Software's Penny Punching Princess, which is all about money, profit, bribes, and everything to do with the green stuff, the wonga, the dosh... the list goes on.

If you're hoping from that introduction that this game is going to be a scathing critique of an ideology that's divided so many for decades (even centuries perhaps), then we're sorry to say that's not the case. As much as Penny Punching Princess advertises itself as being about capitalism, it's really about the practice of beating money out of people, as for all intents and purposes this is an arcade brawler with an extra dose of currency.

Penny Punching Princess follows the tale of the unnamed princess who used to be kind-hearted and lovely, but ever since her father's debt meant she lost not only her family but also her country, she's now a ruthless battering monster off to deal some rough justice to the money lenders of the Dragolean family. Oh, and for some reason there's a beetle called Sebastian who is her servant, and whose purpose is (as far as we can tell) to make wisecracks and explain what's going on in the story.

We say story, but really it's a very loose thread to keep events moving forward. This isn't going to win any narrative awards after all, and while you're clicking through the text on-screen when anyone's talking you may find some chuckles in there, although for the most part we found all of the characters and dialogue quite forgettable, opting to skip through it after a while.

Instead, it's all about the combat, the Penny Punching, if you will. We played on Switch, where the basic controls were Y for light punch, B to dodge, and A to heavy punch. Then comes the extras. With a rechargeable power bar, you can use ZR to activate a variety of skills, and with ZL (using a different power bar) you can use a calculator power. Yes, you read that right, and in fact, the calculator is one of the most important systems in the game.

Here's where things get complex though, so we'll try to make it simple. By holding down ZL the calculator appears on screen, and by using the d-pad you can enter numerical values within the amount of money you have, at which point you can invest in a number of special powerups which change potency depending on how much money you spend. That's not all though, as there's something else you can do with the calculator. As long as the number remains at zero on the calculator and no buttons are pressed, you can hold ZR after holding ZL to select enemies/traps on-screen, using the d-pad to switch between them, and all of them can be bribed. Once this happens, a simple tap of X allows you to utilise them as you wish.

As you've probably gathered, there's a lot of different buttons and it all gets rather fiddly, which is Penny Punching Princess's biggest problem. Taking care of the basics is complicated enough (especially since it's easy to accidentally select one button on the calculator when trying to bribe something, meaning it doesn't work), but add the fact that the game doesn't stop at all to let you do this and it can become a nightmare at times as you run around and avoid enemies while holding three different buttons whilst trying to select who to bribe or enter the right amount of money in an on-screen calculator.

This is a shame because the bribing mechanic, in particular, is fun to make use of. We started off thinking that we were going to avoid it in order to save some money, but it's really something you need to do for two reasons; it keeps people at distance and does far more damage than your basic attacks can manage. It's also really fun to experiment with the different varieties of bribes, as you can use a floor trap to dispatch a whole line of enemies or bribe a big dragon to make use of his powerful attacks.

Bribing has another use as well, as it allows you to recruit people to your kingdom. This isn't to say you'll build a society like in Ni no Kuni II or similar, but to craft certain things you'll need to bribe different characters and traps (and trust us when we say you'll need all the armour you can get). This is all done in your kingdom between levels, at which point you can also examine all of the different enemies, upgrade your skills, craft new items, and watch tutorials. There's not much of an RPG element to the game, but what's there does give a sense of progression as well as something to strive for.

While in-game the action will be familiar to fans of arcade games. You explore each level in a top-down format, and at the end of each world there's a level with a boss. Within these levels you have set zones that, when you walk into them, close off the exits and spawn a ton of enemies, ranging from skeletons to onions and dragons. The punching is fast and furious, you'll be dodging and rolling around all the time, and the action is pretty much all frantic all the time.

The focus is, of course, money, but it's not just smashing enemies that gets you the cash. Once you lower enemies to breaking point in their health bar they'll be in a 'break' state and stunned, at which point you have a short amount of time to rotate the right stick to shake coins out of them like a bully wanting lunch money. This keeps you on your toes and is far less of a hassle than the whole calculator business. What's more is that it's very rewarding, so if you constantly do this you'll have more than enough in the bank to regularly bribe enemies, increasing your chances of survival and your overall enjoyment.

All in all, once the action really kicks off after the opening world, the fiddly controls may get too much for some people to enjoy. When it works, it's an exciting romp through colourful levels with a lot of variety, but when it doesn't the calculator will quickly become intensely frustrating, especially when there are 10 enemies on screen, a boss, four traps, and very little patience.

Advertisements
Gamereactor UK
+
Bribing enemies and traps and using them is fun and varied, Intense and chaotic action, Different types of enemies, Engaging progression.
-
Fiddly controls that are hard to use when the action heats up, The characters are a bit bland.
is our network score. What's yours? The network score is the average of every country's score

"When it works, it's an exciting romp through colourful levels with a lot of variety, but when it doesn't the calculator will quickly become frustrating." 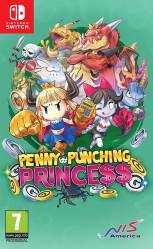