Payday 2 has received two new DLCs as part of its City of Gold campaign. Known as The Black Cat Heist and The Mega City Tailor Pack, both are available in-game right now, and are bringing various new goodies such as a new mission and a bunch of cosmetics.

The Black Cat Heist takes place on a yacht travelling from the US to China, and asks the Payday gang to strike a blow on the Golden Daggers Triad income by emptying the vessel's vast vaults of its riches.

As for The Mega City Tailor Pack, this is a cosmetic bundle that is offering a bunch of new outfits such as the Cyberhoodie (which comes in a black, red, yellow, and green variation) and the Cybertrench (which comes in monochrome, red pinstripe, yellow, and green). There is also a new mask and some new gloves that come as part of this DLC, both of which also feature a variety of colour variations.

To coincide with the launch of these DLCs, Starbreeze and Overkill are also giving away the Dragon Bomber Red outfit for free for all owners of Payday 2.

Both packs are available to grab today, and cost $6.99 for The Black Cat Heist, and $2.99 for The Mega City Tailor Pack.

The Black Cat Heist and Mega City Tailor Pack are both parts of the City of Gold campaign, and are available right now. 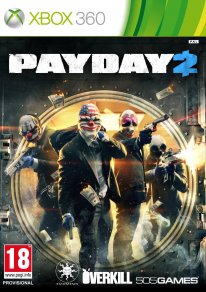