A new Paper Mario game has been announced for Wii U during last night's Nintendo Direct showcase. The game is being developed for the Wii U and will release sometime later this year. Paper Mario: Color Splash has Mario bringing colour back to Prism Island a big hammer. To paint stuff, or just whack 'em silly. First pics below:

REVIEW. Written by Katrine Baumgardt on the 8th of October 2016 at 11

Everything you should know about Paper Mario: Color Splash

Talking paint buckets and a murder mystery case in the new Paper Mario Wii U game.

Paper Mario: Color Splash announced for the Wii U 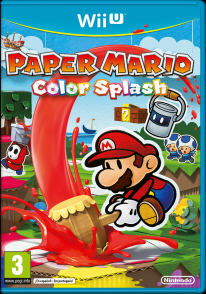