There are plenty of tough-to-master RPGs out there. Gamers have a huge assortment of them to choose from in a library that's getting more and more saturated with each passing day. Nine Dots Studio's Outward joins this ever-growing collection and adds a lot of old as well as some new for players to enjoy, and we've spent some time as a lady warrior (we called her Jim), trying to repay our debts and go from peasant nobody to fantasy legend.

Let's start out with noting that Outward doesn't look great. It's no next-gen or even current-gen title visually-speaking, with heavy, muddy textures, sharp edges galore and very odd character models. Starting the game up can, therefore, be daunting initially for players used to the likes of The Witcher 3: Wild Hunt, Dark Souls and even Dragon's Dogma, all games developed in or prior to 2015.

When looking at the mechanics, the menus and the dialogue, the game feels like something we played years ago. You know that one game you remember loving but don't want to play again because you don't want to ruin the nice picture of it that's still lingering in your head? Yeah, that's the one. However, speaking of loving, Outward has some tricks up its sleeve and there's definitely potential here for those brave enough to delve deeper into the realm Aurai, pushing the stiff movements and muddy textures aside.

The game offers more than meets the eye, so to speak, with a lot of interesting and complex mechanics, a challenging but fulfilling combat system, and survival elements that can all be experienced in co-op either online or locally in split-screen (even though we never got either of the options to work due to technical issues).

The player starts off bare and vulnerable, in his or her underpants, with nothing to their name. Stranded on a beach after being aboard a ship, the player quickly finds Yzan, a good friend who lets the player sleep on a bedroll in a cosy tent after some quick dialogue. Following a good night's rest, the player wakes up in a completely different location. It's here that you get a sense of what the mission actually is, apart from taking care of one's character so their survival meters don't drop to critical levels.

Outward puts you in the shoes of your own created nobody, on a mission to get clear of a debt taken on by your dear mother in order to keep your home, a neat lighthouse, from being taken away from you. Forget the trope of taking control of the Chosen One, the initial threat here is financial hardship and it's a hardship the player has to get out of, or die trying to do so - and trust us when we say that you absolutely will end up dead, and plenty of times too.

The fact that you're not playing as someone special not only makes for some fantastic roleplaying potential, it's also a focal point throughout the game and you need to rise above who you used to be, as a character, socially and visually. Like in many other RPGs, there's plenty of ways to get through your many problems; sweet talking characters, using ritual-based magic, and kicking ass either barehanded or with fancy weapons. If your skills in any area are too weak, you can train them at different stations and developing your character is crucial - you're a nobody, remember?

If you feel like training is beneath you, you can also learn by doing, roaming the in-game world looking for trouble to silence with your blade, however, we're warning you, you'll have a hard time kicking ass if you're a weakling. If you're underpowered and also unlucky, you might also get captured (as if getting killed wasn't bad enough), prompting you to either give in or break free from your capturer's stronger arms. If picking the former, you can become an unwilling slave, prompting a new mission where you have to get the hell away from your slave labour and those who captured you.

The combat in Outward is stiff and feels outdated in a way. Even though the mechanics are nice and the battle can be fulfilling, it feels heavy and there's a lot of rolling to avoid incoming attácks. Casting spells feels slow but is more rewarding, especially visually. The spells are cast differently than in other classic RPGs because they are ritual based, meaning they take time to charge and are more difficult to cast than simply pressing a button quickly mid-battle.

If one takes a quick look at the inventory, there are some things to keep in mind when picking the usual trash up from the ground. The inventory has a limit and it's not generous either. There are ten slots to fill if needed, bringing our thoughts to the classic Resident Evil inventory management, and different backpacks have different limits, drawbacks and perks. We went for a heavy pack because of the fact that we're game hoarders and can't leave a stick on the grounds once we see it, but it did slow us down, even when dodging.

While on the topic of combat, the many enemy types bring some much-needed variation, as does the game's many locations. You go from beating up peasants in a coastal small town to conjuring spells to kill spectral beings and massive creepy crawlies in dank cave systems, majestic temples and beautiful meadows and forests that literally glow with magic.

With all of this said, fans of the RPG genre who don't mind a somewhat stiff combat system and
can live with outdated graphics will definitely still have fun playing the game when it releases on March 26, especially those wanting to create their own story from scratch and live that story in game as they go through all the neat areas. The potential to play as a nobody from the beginning makes for some unlimited roleplay, and it's a unique proposition in a genre that near always wants you to be the hero and save the world.

PC players get to try the game out first, but console users won't need to wait for too long either.

Outward DLC 'The Soroboreans' set to release this Spring

Nine Dot Studio and Deep Silver revealed more information regarding the upcoming 'The Soroboreans' DLC along with a release window.

Outward is up on today's livestream

The RPG from Nine Dot Studios has just been released, and we're heading in to see how the various mechanics work together.

We've spent some time roleplaying in Nine Dot Studios' upcoming RPG Outward and have some information learnt from our travels to share.

We only have three months to wait until we can play in the unforgiving world either alone or with a buddy to help us survive. 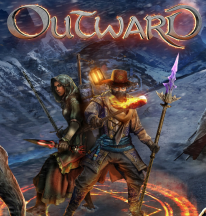