It appears that Outriders' rocky launch was just the start of its problems, as several users have reported that a recent patch has caused them to lose almost 100 hours of in-game progress. The problematic update was released last Friday and was the game's first major patch since it released on April 1.

Although the update was designed to fix many flaws, it appears that it may have done the opposite, as many users have vowed not to return after losing considerable progress. You can view a selection of posts from affected users below:

"Like thousands of others today first login after patch I was greeted by this on my Level 50 gear, 94 hour Devastator," said redditor Ok_Entertainment_112. "Today I was going to be leveling my last piece of gear to 50. Me and two friends were celebrating our build completions."

Reddit user Wolphoenix said: "Adios Outriders, inventory wipe and not being able to load into my 80 hour main is my final straw."

"I'm done with this bullshit," said reddit user Canlinox. "I was playing expeditions with randoms and then I spawned completely naked and the game crashed then I restarted the game and here I am 40+ hours pyromancer got his whole inventory wiped and can't connect to the servers ..... I spent 70€ and 40+ hours."

People Can Fly has responded regarding the ongoing issues and has made an apology to those who have been affected. Posting on Twitter, the studio said: "We are aware and deeply sorry that some users are continuing to encounter an inventory wipe. We are doing everything we can to resolve this issue, both server and game-side." 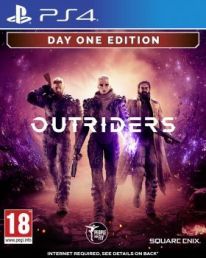