Microsoft started hinting that a game that sounded suspiciously similar to Outriders would be coming to Xbox Game Pass. But as this is an AAA game from a third-party developer published by Square Enix, it didn't make much sense as it almost sounded to good to be true.

Well... it turns out it wasn't. Now, Microsoft and Square Enix has confirmed on Xbox Wire that Outriders is in fact included for Xbox Game Pass one day 1. Megan Spurr, Community Lead on Xbox Game Pass, writes:

"Starting April 1 (not an April Fool's joke, I assure you), Xbox Game Pass for Console and Xbox Game Pass Ultimate members can jump into this true genre-hybrid from Square Enix, which combines brutal combat with deep RPG systems."

Outriders launches on April 1 for PC, PlayStation 4/5, Stadia, Xbox One and Xbox Series S/X. There is currently a much appreciated demo available as well, which we would recommend you check out. 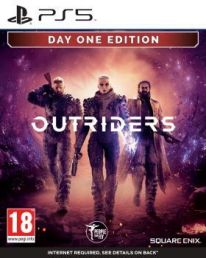