The football season has just begun (soccer for some of you) and the fight between FIFA 09 and Pro Evolution Soccer 2009 from Konami is on. PES 2009 will feature the official Champions League license this year (a license it seems EA has chosen not to renew). Compared to the licenses EA holds its not much, but at least it's something.

Below you can see some screens as Sweden facing neighbours Denmark in FIFA 09 (Xbox 360). No crazy fans attacking the ref in these pics... sadly.

Our screens from FIFA 09 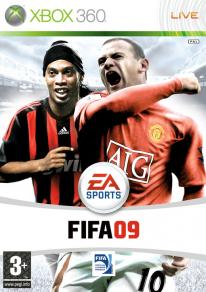