On May 27, Iron Harvest will receive a new faction called "Usonia". For a price of 20 euros, "Operation Eagle" grants us control over the units of the American Union, but there is more. The DLC introduces airborne troops and defensive systems to help all four factions defend themselves against this added unit type. Some of those additions will even be temporarily available to owners of the base game, if they match up online against people who own the new content. The publisher's new press release also hints at another faction, which they will not reveal until a later date.

Steam players can purchase Operation Eagle as an add-on to the base game or as a standalone expansion that doesn't require you to own the main game. In this case, you get access to the majority of the multiplayer functions for the price of €19.99, as well as Polonia campaign that acts as a tutorial to the RTS. Beware, that you can only play the two factions Polonia and Usonia in this version, so you might end up paying for the remaining content of the main game, which will be available as a DLC for those players. On GOG and the Epic Games Store, Operation Eagle will only be available as a common DLC for the main game.

In other news, King Art Games has called for a free weekend on Steam. From April 29 to May 3 (at 7:00 a.m. in the morning) you can play the strategy game for free. All three campaigns are available but you can also jump into multiplayer battles if that's more to your liking. 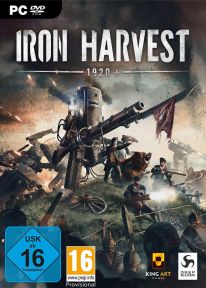