Say what you will about the gameplay and mechanics in Tokyo RPG Factory's two games, I Am Setsuna and Lost Sphear, but both of them take us to beautiful and atmospheric worlds that many of us loved venturing into. Now we're just nine days away from the studio's third game, Oninaki, and these latest pieces of concept art definitely make it seem like the world designers haven't lost their touch.

The first one is of what's called the Great Plain. We've seen many interpretations of the land of the dead in games over the years, but Tokyo RPG Factory wants to show that it can be more than dark and gloomy so they used this one to solidify the visual image of their more enticing and atmospheric version of it.

Then there's the capital, Szaka. The very first thing that draws your eye is obviously the palace. That's because it's supposed to symbolise very the precept of reincarnation itself and remind the world of what awaits.

Speaking of the palace, the final concept art is from the Ehir Palace's throne room. Call us weird, but we're not quite sure if we're scared or calmed by its grandeur. What kind of things will we get to experience in that room from August 22? Who knows, but these images have grabbed our curiosity and interest. Now we just hope that the folks at Tokyo RPG Factory can nail the gameplay as well. More on that here. 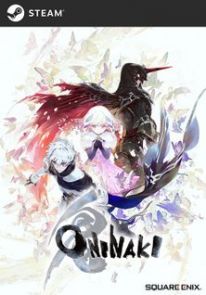