Bandai Namco Entertainment Europe has announced that One Piece Unlimited World Red - Deluxe Edition will be released on the Nintendo Switch on September 29 this year, coming with several new features.

Firstly, the game will support full HD on the Switch and will run at 60 FPS, with more than 40 DLCs worth of content thrown in on top of that. If that wasn't enough to get excited about, though, there's also a two player co-operative game mode using the Joy-Cons.

The Deluxe Edition will be available on PC and PS4 on August 25, however, so these players can get this a bit earlier. Will the Switch be your console of choice though?

"The last call for fans of the Mugiwara to get lost in this amazingly well-told story."

The Deluxe Edition, that is. 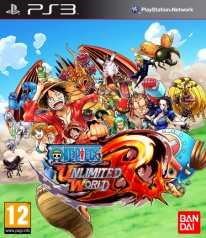