Eiichiro Oda's extremely popular manga series One Piece has been around since the mid-to-late 1990s - and it's still going strong in 2020. Spawning an equally popular anime series in 1999 (also still going, we'll add), there is a lot of plot to cover when trying to adapt the story to a narrative-driven game. Omega Force's Dynasty Warriors-inspired series One Piece: Pirate Warriors has tried and has even been relatively successful in the past, and now it's time for the saga to continue in One Piece: Pirate Warriors 4.

Much like the long-running Dynasty Warriors franchise, Pirate Warriors lets players hack, slash, shoot, and slam thousands upon thousands of enemies as they work towards some story in-between the massacre-filled gameplay. Players will face hordes of enemies ranging from puny minions to giant bosses (who, this time, are truly giant - we're talking dinosaur-sized foes here) and use various different combos, charge attacks, special attacks, dashes, jump attacks, and form-switches to take them all down - sometimes all at once (which is incredibly satisfying, we should add).

The classic 'Musou Warriors' gameplay that pits you against thousands of foes in an intense, mindless combo-smashing battle aside, the number one thing that people who are potential buyers of this game will consider getting it for is the franchise ties. From the get-go, One Piece: Pirate Warriors offers so much nostalgic fan service, it's hard to keep track. Its loveable antagonists and protagonists, main characters and side characters, epic battles, narrative arcs, and attack patterns - it's all here, and this fact alone is most definitely enough to sate the hunger of One Piece fans. It's an enjoyable experience from a nostalgic perspective, but for those new to the series, there's not much sense to be made of the narrative, which is the very glue that holds it together and elevates it from being a mindless slasher.

The game campaign is made up of a variety of narrative arcs, with various chapters within. While the story progresses canonically and in chronological order, it skips chapters and even entire arcs, leaving those not familiar with the manga or anime enough to remember each chapter (and remember, there's plenty to remember when keeping up with a series that has been running since the late '90s) in the dark and piecing things together on their own. Apart from this, the cutscenes can at times interrupt the gameplay during intense moments as the devs try fit story bits in, halting the pace of the game both narratively and gameplay-wise.

While not everyone will be familiar enough to remember every narrative aspect of One Piece, most who end up picking this one up will be familiar with its world and its character, and we have to say that rushing towards hordes of enemies or into boss fights that we remember from the series, such as Monkey D. Luffy, Zoro, Nami, Sanji and Usopp, is delightful.

There are three main modes in the game: Dramatic Log (Main Story), Free Log (free roam in main story areas), and Treasure Log (a challenge mode of sorts where you have one or multiple objectives to complete to earn rewards). You can play the game alone or with a friend via online or local co-op, but we should note that inviting a friend and keeping them in your game can be tough. The fact that co-op buddies get automatically kicked after one single mission, and that enemy interactions aren't the same for you and your friend (meaning that bosses will attack both of you at the same time and appear in different locations for you both) is frustrating.

We only had the chance to try the game out in online co-op with one friend and it seemed as though all modes were available co-operatively. There are also various multiplayer modes available, offering you the option to play with up to twelve friends. A welcome option when playing the game in co-op was the option to revive your co-op buddy by simply walking up to them and pressing a button, reviving them in an instant, which was truly great during intense boss battles. Another issue we had was the fact that the game suffered from some odd texture issues, both during gameplay and in the menus when in a mission area; textures would occasionally get blurry, so much so that at times we couldn't read the menus mid-mission.

There are some upgrade aspects in the game, such as boosting your character's level via crew coins and raising your crew levels in Treasure Log. Crew Levels can be boosted through earning crew points in battle, which in turn will grant you valuable coins to level up your character for the campaign and new maps. You earn points by clearing specific challenges such as defeating enemies during a specific attack stage, rescuing your crew members, and defeating many enemies.

When picking a character to play, you should make sure to check out what character types they fall into. There are four different types and each differs in battle from the others. One might be a raw damage class while another might be an aerial type, easily playing around with their prey high up in the air, also keeping them taking damage from enemies below.

One Piece: Pirate Warriors 4 is a charming game and it brings plenty of nostalgia to One Piece fans. It is most definitely a mindless slasher though, so don't expect narrative grandeur and deep storytelling, or even particularly engaging gameplay. This fourth entry in the spin-off series also suffers from a variety of issues, including the occasional game crash, but we still kept on playing after experiencing those issues simply because we were having a blast, especially in co-op. It's fun, but it's no technical Master Piece.

Advertisements
Gamereactor UK
+
Fun to play, charming design, fun cutscenes, plenty of nostalgic elements, lots of characters and playstyles to choose from, boss battles are intense, fair difficulty levels
-
Co-op sessions need to be reset after each mission, inviting others into the game doesn't always work, odd texture issues, messy menus and little upgrade mechanic information
is our network score. What's yours? The network score is the average of every country's score

A new trailer has landed as well, giving a taste of Whole Cake Island and the story we'll be experiencing. 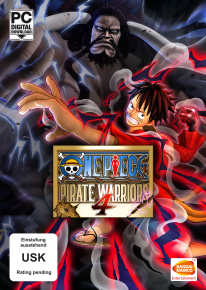