Omega Force and Bandai Namco have revealed that One Piece: Pirate Warriors 4 will be released on March 27 next year, for PC, PS4, Switch, and Xbox One.

Those who pre-order also get early access to the Vinsmoke Brothers (Ichiji, Niji, and Yonji), and two exclusive costumes that have yet to be revealed.

There's also a Kaido Edition which you can see below as well, featuring a model of Luffy and Kaido battling, as well as a collector's box to hold it.

Four Wano costumes are coming for free on launch too, these being Luffytaro, Zorojuro, Soba Mask (Sanji), and Onami (Nami).

Lastly, we have a brand new trailer to celebrate the release date, which you can watch down below.

Have you played the other games in the series?

Vinsmoke Judge is coming to One Piece: Pirate Warriors 4

The villain will be available during this summer and will conclude the game's first character pack. 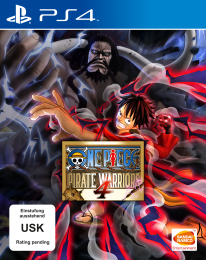