You might know Suda 51 (Goichi Suda) as the director of titles like Killer7, Lollipop Chainsaw, No More Heroes and Killer is Dead, but you probably don't know much about The Silver Case. This was one of the first games Suda 51 directed during the PS One era, but the game was never released outside of Japan - until now.

Steam got a remastered version of The Silver Case a few days ago, which has now also been announced for PlayStation 4. This version of the game will arrive in early 2017, with improved graphics and in full English. The Silver Case is a mystery game that combines a visual novel style with adventure games elements.

The PS4 version price was not revealed, but the Steam version is available for £14.99. Will you Suda 51 fans out there be getting on this? 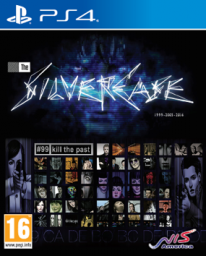