Square Enix and Nintendo seem to be having a good time at the moment, as the latter has just announced that the company's latest RPG, Octopath Traveler, has shipped a million units globally, with digital downloads via the eShop included in this pretty impressive figure

Nintendo of Europe revealed the good news from its Twitter account, saying: "Thanks to your incredible support, #OCTOPATHTRAVELER has now shipped 1 million units globally, including #NintendoSwitch #eShop downloads. The developers at Square Enix would like to thank you for making this possible."

Having only been released less than a month ago, this figure sure bodes well for this classic-style RPG, and we also enjoyed the game, as you can read in our review. 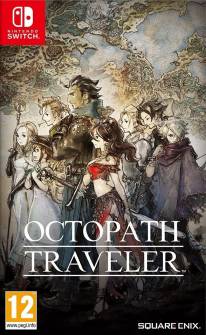