Polish indie studio Bloober Team isn't a stranger to the Nintendo Switch, as Layers of Fear has already brought spooks to Nintendo fans, and now a new press release has revealed that cyberpunk detective game Observer now has a release date for the console.

This game takes place in 2084 and sees you fill the shoes of Daniel Lazarski, an Observer who is investigating the disappearance of his son. It's not quite a horror game as such, but it's definitely got scares in there to make your skin crawl, and plenty of investigating.

Will you be getting into Observer again, or for the first time?

"Bloober Team's Observer is still a solid experience, as it was when it first released."

REVIEW. Written by Lisa Dahlgren on the 3rd of September 2017 at 11

"The game's theme, clearly inspired by Blade Runner, is accompanied by an equally Blade Runner-inspired environment and level design."

After taking us to the Black Hills in Blair Witch, they might be returning to their dystopian nightmare.

Observer is heading to Nintendo Switch

Cyberpunk investigation and horror game from Layers of Fear creators.

Bloober Team is back to spook us.

From the devs who brought you Layers of Fear.

We can expect the game on August 15. 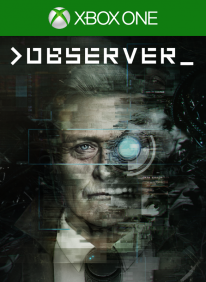