When Vampire: The Masquerade - Bloodlines 2 started having its official website updated with clan additions, many were surprised to find that the iconic Kindred clan Nosferatu was nowhere to be seen in the initial clan lineup - or the final one. Gangrel and Nosferatu were shining bright in their absence. However, Hardsuit Labs and Paradox Interactive have confirmed that DLC is planned for the game and that the DLC will be adding clans to the mix.

Following a recent faction reveal, one could assume that the Nosferatu will be joining the clan roster in the future, considering the recent faction addition, the Unseen, is a Nosferatu-led one. Read up on the Unseen on the official Bloodlines 2 site or below.

"For more than a century, the Unseen have been led by the Council of Three - or "The Speakers" to the Nosferatu. They helped their people survive among the homeless and loners of the city. While the rest of Seattle's vampires took pains to ignore them, these Unseen grew into a faction, began trading secrets... And grudges.

Today, the Council has left much of the Nosferatu's operation to younger vampires more adept at gathering intel in modern nights. Where the Unseen used to be composed of thieves, frauds and homeless, they now also include journalists, engineers and hackers.

The Unseen have been here for a long time, and they see everything. They know what you did, why you're trying to hide it - and who'll pay to find out. The group would be a potent ally to the vampires of any other of Seattle's factions - if they can be found."

Are you looking forward to interacting with the Unseen? 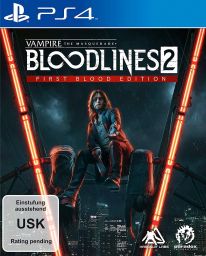