Almost a year ago, we reported that Techland had shot down the rumour that Microsoft was going to buy them. But the rumour never really stopped, and last week, it was running rampant again with some claiming that Microsoft had either bought the studio or that Dying Light would be Xbox Series S/X exclusive.

So, during the weekend, the Techland community manager once again had to set things straight and tweeted:

"I'm getting a lot of dm's about Dying Light acquisition so I'll answer here: There was the same rumour floating around the internet one year ago and the situation didn't change - Techland is an independent studio and it was not acquired by another publisher (:"

So there we have it. Hopefully the same message won't have to be repeated a third time. Dying Light 2 is supposed to launch sometime this year for PC, PlayStation and Xbox. But since it hasn't even been revealed that it'll be in the summer, the fall or during the holidays - and with the pandemic still running wild - we shouldn't put too much faith in it. 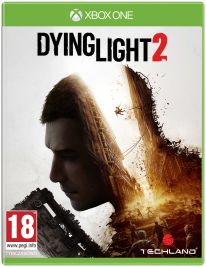