Metronomik's rock & roll adventure No Straight Roads is heading to Steam on October 21 after more than a year of Epic exclusivity. The version hitting the platform is an enhanced Encore Edition that includes an expanded roster of tracks and more than 500 pieces of fan art that will appear in the game's setting of Vinyl City. Other minor changes here are a new opening cinematic, a bunch of qualify of life improvements, and a refreshed UI.

No Straight Roads, if you are unaware, sees you play as one of the last remaining rock duos who are tasked with taking down an evil EDM empire. The game functions like a typical third-person action game, but you need to time your music-based attacks to the beat. It might be an indie, but it has some recognisable talent behind the helm, as it has been created by Wan Hazmer (Final Fantasy XV) and Daim Dziauddin (Street Fighter V).

"We were thrilled by the community's response to No Straight Roads last year and are excited to bring the game to Steam later this month," said Sarah Hoeksma, Marketing Director at Sold Out. "The game's unique characters, incredible soundtrack and rockin' musical-action hit a note with fans and we're so excited to celebrate them with this special Encore Edition."

"We are so incredibly thankful to all of our fans for the support they have given No Straight Roads, all the way back from the very start of our journey to where we are now a year after release," said Wan Hazmer, CEO and Game Director at Metronomik. "With new content and quality of life improvements, we've been working to deliver a Steam release that fans will cherish."

No Straight Roads: Encore Edition is shredding its way onto Steam on October 21

The Encore Edition is set to include more tracks and over 500 pieces of fan art.

No Straight Roads on Switch is like playing in a band

Some Switch-specific features have been detailed in a new trailer.

No Straight Roads releasing in early 2020 for PC and PS4

A physical PS4 version is available for pre-order now, and Sold Out has agreed a deal to publish the game next year. 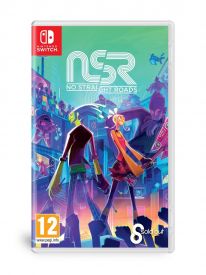