Conceptually, Nioh seems to be tailor-made to suit our tastes. Far Eastern swordplay dressed up in a challenging, contemporary robe. An action-RPG in the vein of Dark Souls that adds supernatural spirits, demonic powers, and rapid sword fighting to the backdrop of a setting sun.

Nioh tells the story of William and his struggle against demons. Around the year 1600, England and Spain are in a race for world leadership using a mysterious source of energy called Amrita. These crystals are causing massive damage and threaten the entire world. But, of course, nobody wants this scenario to begin with. William is a pirate sailing under the British flag, but his journey eventually takes him to feudal Japan. In the Land of the Rising Sun, he pursues a stranger who has kidnapped his guardian, Saoirse, and finds himself in the midst of a conflict between two rival warlords.

Between the missions Nioh tells the story almost exclusively via cutscenes. Hidden items and set piece encounters regularly reveal interesting background information, told with great finesse and adding to the atmosphere. During William's journey we discover various areas of Japan, and over the course of the game locations will be visited several times, with only marginal changes. Unfortunately, the mission design loses almost all its charm in these optional missions, where Nioh concentrates exclusively on gameplay. Gameplay which screams, with every fibre of its being: Dark Souls.

The established action-RPG game obviously serves as an inspiration for Nioh. Level design, difficulty and above all the gameplay are very close to From Software's template. This may perhaps scare one or two fans away, as there has been quite a few of these titles in recent years, but Nioh manages to create something of its own. There are more than just a few differences between the two titles, and these differences are actually larger than they appear at first.

Anyone who knows something about the Samurai and their gear will quickly come to the conclusion that these Japanese warriors do not use shields to protect themselves. However, this does not automatically mean that Nioh resembles Bloodborne, just because there are no shields. William is so incredibly skilled with the sword that he simply parries all normal close-up and ranged attacks. As long as he is not exhausted, we don't take any damage.

Nioh's defining feature is the three combat stances. A high stance offers more damage and allows for powerful techniques. The middle stance is easy to use and makes for good defence. The low stance makes it easier to evade and offers quick attacks that also consume a small amount of stamina. As you perform these moves small sparks are released, and if you time it right you can reabsorb the lost stamina.

This technique is called Ki pulse, and it plays a key role on the battlefield. Yokai sometimes produce areas that connect our world to that of the spirits. Here the demons receive a damage bonus and also block our Ki regeneration. With a successful Ki pulse we can clear the portal, regenerate endurance, and thus be ready for a new challenge. Each hit from an opponent fills our Amrita energy. When this bar is fully charged we can activate our guardian spirit and power the currently selected weapon. This special attack mode grants us invulnerability for a short time as well as a damage boost. Our guardian spirit can even be actively involved in the battle, if desired, but this reduces the duration of the Amrita mode. If we take a hit, this also shortens our spell.

The gameplay design is, of course, still meant to punish the player and challenge. There are barely visible holes you'll fall into, Yokai can be camouflaged as walls, and there are also nasty pressure-activated traps. Losing a life means a sword is left at the place of your death. Solemn Soulsborne players know this only too well.

If you're looking for a special challenge, you can try the twilight missions. Already mastered missions get a much more demanding difficulty level in the twilight mode. Enemies are stronger and re-positioned, but the level remains identical to the original. In the end these hardships are worthwhile as the drop-rate of items and currency is increased here.

Even if the levels offer up clever design, ultimately Nioh offers a lot of corridor combat. Generally speaking, many of the paths through are so incredibly tight that they can only be used for fighting one opponent at a time, but we are, of course, usually confronted with several enemies. The camera nevertheless leaves a good impression, although it really shines in the more open areas. The developers opted against a more open-world and instead went with for a more traditional approach, and perhaps this was for the better.

The creature design is great, no question about it. The Yokai themselves are a particular highlight, but apart from that, in terms of visuals at least, the game fails to excel. The colour palette is basically limited to green, brown and, on rare occasions, red. In many places Nioh is simply too dark. This is followed by a questionable use of shaders, a wet plastic look and blurred effects. Ultimately Team Ninja did not make a game purely for visual delights, but as a result it runs extremely smoothly.

The Japanese samurai armour impresses thanks to attention to detail that has been paid. With the various weapons, a similar level of detail can be seen. Equipment that drops is available in different quality levels. At the beginning of the adventure, we checked the character menu almost every minute, but later the need for inventory management decreased steadily. Most of the loot is crushed or sold without a second thought, as mission rewards are generally much better.

Nioh uses a complex system to upgrade items. In the smithy we progressively increase the passive bonus effects of our favourite items. At the same time, we strengthen our best equipment, in order to continue using them at higher levels of play. Unfortunately the differences don't amount to as much as we expected early on, which is why it is often more worthwhile to switch over to another weapon. If you spend a lot of time on side missions and experiment with the loot, then the forging mechanic can fortunately be ignored for the most part. The gold you save is then only needed to perfect the best items as you move towards the end of the game.

The spirit of the Far East is wonderfully captured. For us Europeans this may seem a bit overstated, but nevertheless it's a good fit. However, those who can't stomach concepts such as honour, gratitude and trust, will find it hard to muster up motivation for some of the quests. Much of the side content has an air of filler to it. A typical optional quest deals with something like looking for an artefact in a dark cave, defending a location, or retrieving someone's sword. The latter happens with astonishing regularity, although finding a weapon for a warrior in Japan apparently means a great disgrace. Typically (and somewhat oddly) most of the characters give us what we have just brought them as a reward for collecting said item.

After our sessions with the various demos prior to release we were confused by the difficulty level of Nioh. At that time, we failed miserably at one level, but we now know that this one was intended for the end game. It had us playing with a mediocre level 50 character in one of the most difficult twilight missions of the game. Therefore we recommend a visit to the dojo at the beginning of your own play-through. This is one of those games where you'll be rewarded for your investment.

Team Ninja manages to combine many of the features of the Souls series with something different and unique of its own. It's not up there with the best of what From Software has produced, mainly due to the weakness it shows in storytelling and the general presentation, but it is still a highly accomplished game. The Japanese flair and Yokai design both leave a lasting impression, and the sheer size of the game is also impressive. More than thirty hours in and we're still far from done with it.

Gamereactor UK
+
Samurai theme and Yokai design impresses, Gameplay is both fresh and familiar, Lots of content and lasting appeal.
-
Mission and level design aren't as good as they could have been, Unsatisfying storytelling, Overall presentation is weak, Look elsewhere if you're not up for a challenge.
is our network score. What's yours? The network score is the average of every country's score

REVIEW. Written by Petro Miikkael Tissari on the 16th of November 2017 at 16

"In the end, the port is solid, but not without its issues."

"Gathering and tuning loot to your liking is still one of the main attractions in Nioh. Considering how difficult Bloodshed's End is, it's also mandatory."

Team Ninja's Nioh isn't losing its momentum, selling 500,000 copies in its second year on the market.

A big milestone for William.

The update is arriving on November 30.

There are bug fixes aplenty.

We've only got a few days to wait. 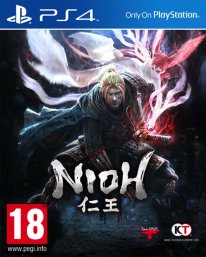