The graphics certainly look crisper and we're eager to revisit this perhaps the strangest entry in the series again in the spring of 2015.

A Special Edition of the game was also announced that will include a two-sided poster a special collector's pin and a steelbook. 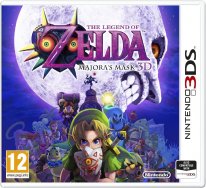