Classic 1997 point and click adventure Blade Runner is getting a remaster/remake for modern consoles, it has been revealed this week.

According to an article over on Hollywood Reporter, the game will be heading to PC (Steam), PS4, Switch, and Xbox One, likely sometime this year.

The game was originally developed by Westwood Studios (a talented bunch who also made the classic Command & Conquer games) and is now being ported to modern platforms by Nightdive Studios (a team that has already restored the likes of Turok and System Shock). It doesn't sound like it was an easy endeavour either.

"It's true that the original Blade Runner source code was lost," Nightdive's Larry Kuperman confirmed. "We painstakingly reverse-engineered the code, importing it into our own KEX engine, a powerful tool that allows us to do console ports of classic titles, even in the face of quite challenging situations."

This particular point and click classic is inspired by the seminal 1982 sci-fi movie from Ridley Scott and is set in a futuristic version of 2019 LA. Therein we follow detective Roy McCoy as he hunts down robots that look like humans (replicants) in a story that mirrors the themes of the film.

"Blade Runner is still a jaw-dropping achievement on every level, so while we're using KEX to upgrade the graphics and respectfully elevate the gaming experience in a way you've never seen before, we're still preserving Westwood's vision and gameplay in all its glory," Nightdive CEO Stephen Kick told the site. "While you can enjoy the benefits of playing the game on modern hardware, the game should look and feel not as it was, but as glorious as you remember it being."

When it lands, it'll do so as an Enhanced Edition complete with the original foreign language translations (including German, French, Italian, and Chinese). As soon as we know when that will be, we'll let you know, but it's expected to launch sometime this year.

The Westwood Studios point and click adventure should make its return sometime this year. 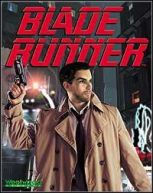