Control was planned to launch on the PS5 and Xbox Series later this year, but it has just been revealed by Remedy Entertainment on Twitter that these versions will be pushed back to 2021, as the studio wants "the final quality of the game to be awesome." Other than this rather vague statement, it's unclear what may have led to the game being behind schedule.

The studio's Twitter post states " Control Ultimate Edition will arrive on next generation platforms early 2021.We want the final quality of the game to be awesome, and so we need a bit more time to work on it. Thank you for your understanding and patience!"

In other news, Control Ultimate Edition - Cloud Version was recently added to the Nintendo Switch eShop after being announced during a surprise Nintendo Direct Mini: Partner Showcase. 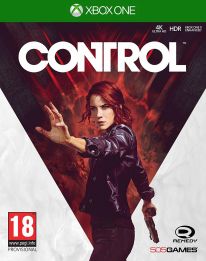