The three by far best fighting games of the last generation are Mortal Kombat 11, Super Smash Bros. Ultimate and Tekken 7. All of those have been continuously fleshed out further with really interesting DLC-content since release, and yesterday, it was revealed that the oldest one of them is about to get a new fighter this spring.

We're talking about Tekken 7, and it was during the latest Japanese Fighting Game Roundtable that a yet-to-be-named character was announced. It's clearly a brand new addition, a female and she comes from Poland. Judging by the very first teaser, she seems to be a political hot shot and launches for all formats (PC, PlayStation and Xbox) during early spring.

A full presentation is to be expected "soon" - and when that happens, you'll be able to read about it here on Gamereactor. Check out the teaser below:

Next Tekken 7 fighter comes from Poland

The fighter is still getting new content despite releasing in 2017.

Kunimitsu and Vermilion Gates' stage are coming to Tekken 7

A free update is also coming that will revamp the ranking system and add improvements to online matches.

The series has also achieved the milestone of 50 million combined sales.

Is Kazuma Kiryu joining Tekken 7 as a guest character?

Could we be seeing Yakuza's Kazuma Kiryu joining the roster of Bandai Namco's Tekken 7?

A new female fighter is coming to Tekken 7

A mysterious character silhouette has appeared on the Tekken 7 site and by the text accompanying it, it's a female fighter.

The latest big event to be cancelled due to the ongoing health crisis was due to take place in Japan. 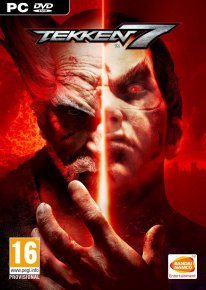