Wolcen: Lords of Mayhem was released last month and it was well-received by fans of games like Diablo, Path of Exile and Torchlight. The title left early access after almost four years in development and came out with major technical problems. However, because the community of the action-RPG genre is eagerly awaiting new games, those little drawbacks obviously didn't bother them all that much. In fact, the French Wolcen Studio reports today that a total of one million copies has been sold. Currently, the game costs 35 euros on Steam so you can run the numbers by yourself.

To celebrate this success, the developer prepared a small infographic that shows how busy the Wolcen players have been in the last three weeks. In the next quarter, the studio wants to focus solely on resolving current technical problems, fixing bugs and exploits and optimizing the game experience in other ways (without going into more detail about what exactly needs to be changed, though). Only then will the development of new game content for Wolcen: Lords of Mayhem begin, according to the press release. Players can look forward to a fourth story act, among other things, but we have to wait.

Go take a look at Wolcen's stunning CGI video sequences in the video below.

The developer Wolcen Studio is celebrating its first sales record of one million copies sold while talking about what they will focus on next. 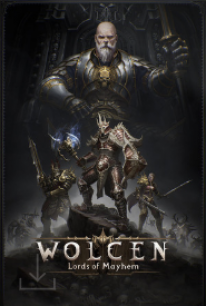