EA has just announced on their website that the next iteration of the popular EA Madden series will be released on August 25. So far that's the only information that has been provided, although the platforms that it'll be appearing on can be found from the game's pre-order page.

It's not just core gamers who buy their games digitally.

Panthers to win Super Bowl according to Madden NFL 16

Everyone needs to see Madden the Movie.

Next iteration of NFL Madden will arrive in August 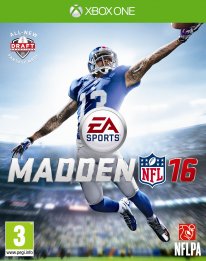