I, Dracula: Genesis gets early access release on Steam

Apart from an early access release, there's also a free demo if you wish to try this supernatural roguelike before you buy it.

The next edition of the acclaimed Razer Blade laptop has officially been revealed by tech giant Razer.

Developer nWay has revealed the third season pass coming to Power Rangers: Battle for the Grid.

Text: Fabrizia Malgieri Published on the 25th of May 2020

This console generation leap isn't as significant as that from PlayStation 3 to PlayStation 4 or Xbox 360 to Xbox One, says PlatinumGames' studio head.

Text: Sergio Figueroa Published on the 25th of May 2020

The vault opens for Trinity and Nova in Warframe tomorrow

Warframes Trinity Prime and Nova Prime take the place of the many leaving the vault in Warframe tomorrow.

Your horse can't die in Ghost of Tsushima

Don't worry about accidentally getting your trusty steed killed in Sucker Punch's Ghost of Tsushima.

Text: Markus Hirsilä Published on the 25th of May 2020

You can now pre-order The Art of Halo Infinite

Halo fans can now pre-order the official art book for the upcoming game in the series, Halo Infinite.

The Outer Worlds on Switch gets new screenshots

Obsidian Entertainment is headed for the stars (and the Nintendo Switch) in June and has released some screenshots from the hybrid console version of The Outer Worlds.

Could we be getting a new game by developer Hazelight shortly? Recent rumours seem to point in that direction.

Warframe's upcoming content update The Deadlock Protocol is about to hit PC and developer Digital Extremes is set on showing some gameplay off later today.

PlatinumGames: Bayonetta 3 "not cancelled by any means"

PlatinumGames wants to make sure fans know that Bayonetta 3 is still very much in development.

Moonlighter DLC 'Between Dimensions' will be available in a week's time, almost a year after its original PC release.

Text: David Caballero Published on the 24th of May 2020

Death Stranding or Spider-Man also see their prices cut both physically and digitally.

Text: David Caballero Published on the 24th of May 2020

Fairy Tail won't launch until the end of July

Fans will have to wait a month longer for the game to land on PC, PS4, and Nintendo Switch.

Text: Stefan Briesenick Published on the 23rd of May 2020

We play the opening hour of indie hit Huntdown

The latest entry in our ongoing let's play series sees the GRTV team take on the critically acclaimed retro-platformer.

Sony is going in all guns blazing for the Iron Man adventure, with a new demo and special bundle with two Move controllers.

Text: Fabrizia Malgieri Published on the 23rd of May 2020

The new Starter Edition is a great place to try out the MMORPG before investing more heavily.

Pre-orders are open for The Outer Worlds on Switch

Obsidian Entertainment is getting ready to release The Outer Worlds for Nintendo's hybrid console.

Ultimate Fishing Simulator lands on Xbox One next week

The stunning fishing simulator by Bit Golem, Ultimate Fishing Simulator, will release on Xbox One next week.

The drift-focused racing game just got a fourth track as well as some quality of life improvements.

The Persistence is available now on PC and consoles

Firesprite Studios' action-filled horror game The Persistence is out now on digital platforms with a physical release to follow in July.

Embr is available as an early access title today

16 teams to compete in this weekend's eEuro Finals

The games are being played on PES 2020 across Saturday and Sunday.

Even after 40 years, the little yellow cherry-muncher is still one of the most iconic characters on the planet.

Sucker Punch has stated that the upcoming action-adventure Ghost of Tsushima will be a 30-50 hour experience.

Netherrealm Studios are getting ready to release a major content drop for Mortal Kombat 11 next week but until then, fans can check out the launch trailer.

PlayStation Plus now has 41.5 million subscribers

Plenty of gamers are willing to pay to play online but percentage-wise, there are still a lot of PlayStation gamers who don't find a subscription necessary.

Text: Markus Hirsilä Published on the 22nd of May 2020

Sea of Thieves to release on Steam in early June

Rare's pirate adventure game Sea of Thieves will be available via Steam soon and it's available to wishlist on the platform now.

Text: Fabrizia Malgieri Published on the 22nd of May 2020

Denuvo anti-cheat is being removed from Doom Eternal

Borderlands 3 is headed to the wild west in its next story expansion 'Bounty of Blood: A Fistful of Redemption'.

Valorant will officially be released on June 2

Closed beta participants can still play until next Thursday but the game's about to launch.

Text: Stefan Briesenick Published on the 22nd of May 2020

If you want to shoot a few hoops then you probably won't find a cheaper way of playing NBA 2K20.

Hot on the heels of GTAV comes the Firaxis-crafted 4X strategy game, and it's free for the next week.

The Remastered Collection is going to have full mod support with open source versions of both games being released unto the gaming public.

The Molasses Flood's next game is launching in just a few weeks on PC and Xbox.

Silent Hill and Metal Gear Solid soundtracks might also be added in the future.

We're all aboard the Monster Train for today's GR Live

We're going to play the newly released roguelike deck-builder before hell freezes over.

We take a look at the new sci-fi first-person shooter, Beyond Extinct, which puts a new spin on a fairly traditional setup by implementing roguelite features.

With his interest piqued after reading GR's 10/10 review, Dóri dived into Huntdown.

lihapyörykät and Sønnich er fed met up in the group stages of the Steelseries League 2v2 Tournament. Here they battle it out on Vertigo.

ST82 and n00bs met up in the group stages of the Steelseries League 2v2 Tournament. Here they battle it out on Short Dust.

lihapyörykät and Sønnich er fed met up in the group stages of the Steelseries League 2v2 Tournament. Here they battle it out on Short Dust.

ST82 and n00bs met up in the group stages of the Steelseries League 2v2 Tournament. Here they battle it out on Vertigo.

We crack open the box and take a proper look at the new fully-featured motherboard from MSI, designed for Intel 10th Gen Core processors.

Dóri dives into the new roguelite adventure published by Team 17 and developed by Heliocentric Studios.

The Nordic Showdown is all set to start, but what is it, who is competing and what are the stakes? Watch our trailer to find out.

Watch approximately 25 minutes of this area designed for new players.

Here's the revamped character creator you will find in WoW's upcoming expansion.

muumi laakson asukit and Team Selästä met up in the group stages of the Steelseries League 2v2 Tournament. Here they battle it out on Train.

Sibboboysen and Tsekkaa Mutsimet up in the group stages of the Steelseries League 2v2 Tournament. Here they battle it out on Vertigo.

In celebration of the launch of Apex Legends' 5th season Dóri booted it up and took the new legend Loba for a spin.

As Deep Rock Galactic tunneled itself out of Early Access, Kieran sat down to see if he has what it takes to become a Dwarf Miner.

Tsekkaa Mutsi and Vilde Dyr met up in the group stages of the Steelseries League 2v2 Tournament. Here they battle it out on Vertigo.

With PSN downloading not being quite what it used to be during the Corona Quarantine, Eirik got to switch out the game planned for the stream with two titles of his own choosing.

Eirik dropped into the warzone on PS4 to see if he could be the last standing.

Team Mario and Wild Arctic met up in the group stages of the Steelseries League 2v2 Tournament. Here they battle it out on Vertigo.

Coping with the Coronavirus Outbreak: Markus' Out of Office Update #4

Gamereactor Finland's editor-in-chief brings an update regarding how life is being impacted in Finland. 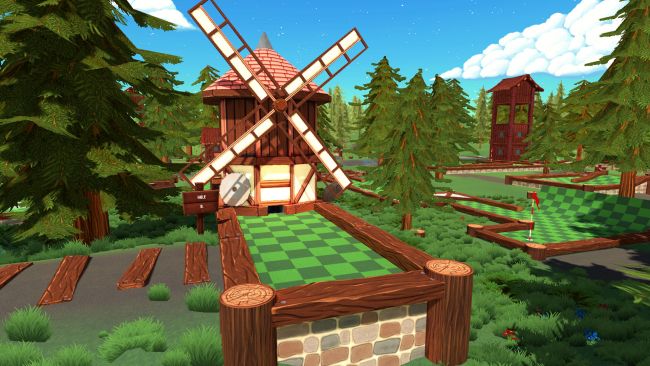 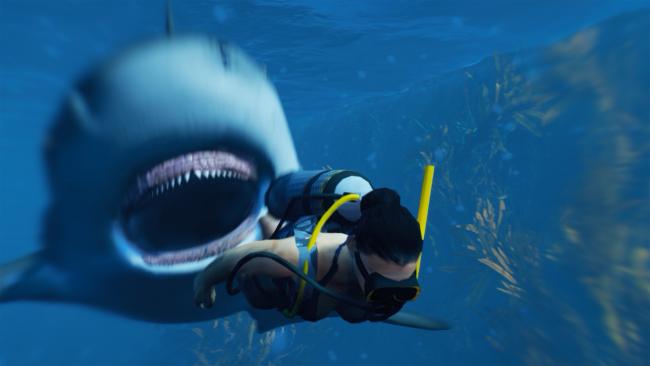 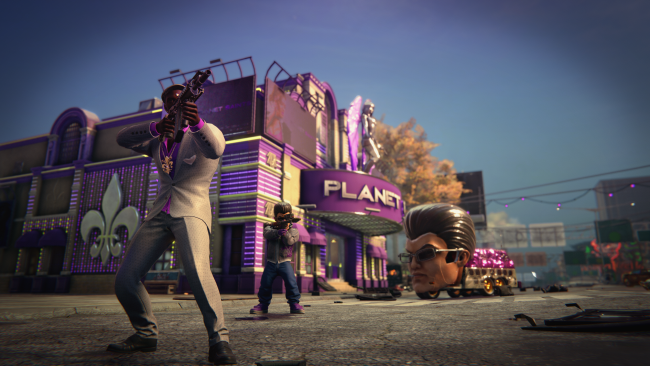 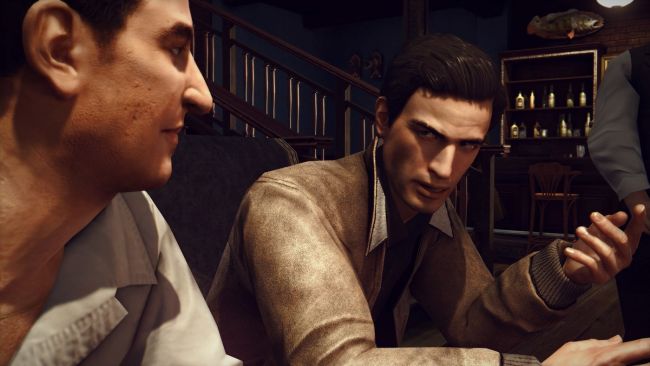