The Just Dance initiative was a roaring success, hitting the initial target of £30,000 within a week.

Text: Sam Bishop Published on the 19th of December 2019

We have three videos highlighting the game's features, first gracing our screens over two decades ago.

Text: Sam Bishop Published on the 23rd of November 2019

Ubisoft has partnered with Alzheimer's Research UK for a new campaign to raise funds and awareness.

Text: Sam Bishop Published on the 6th of November 2019

You can soon listen to the tunes of this game at home, and pre-orders are starting next week.

Text: Sam Bishop Published on the 26th of October 2019

It's time to sing "happy birthday to U" with Nintendo celebrating a huge milestone today.

Text: Jonas Mäki Published on the 23rd of September 2019

The Wii RPG is re-releasing with a Definitive Edition, and we even have a new trailer already.

Text: Sam Bishop Published on the 5th of September 2019

The 10-year anniversary of Just Dance sees... yet another Just Dance game.

Text: Sam Bishop Published on the 5th of June 2019

Brazil will host the event in which 18 of the top players will battle it out for supremacy, including two-time winner Umutcan Tutuncu.

The Crazy Carnival update has landed in Just Dance 2019

There's plenty of new content to enjoy when celebrating the Carnival, whether you're a Just Dance Unlimited subscriber or not.

Text: Sam Bishop Published on the 26th of February 2019

This is what happened to Queen Elizabeth's golden Wii

THQ had sent the prestigious console to Buckingham Palace, which had been lost.

Text: Fabrizia Malgieri Published on the 21st of January 2019

Text: Ricardo C. Esteves Published on the 28th of November 2018

Text: Łukasz Dąbrowski Published on the 26th of November 2018

Text: Suzanne Berget Published on the 22nd of November 2018

Ubisoft says it's working hard to correct the issue.

Text: Ricardo C. Esteves Published on the 5th of November 2018

Just Dance 2019's launch trailer gets you to Work

The Beat is directed by Gary Freedman.

Text: Sam Bishop Published on the 26th of October 2018

Among them a few recent entries as well.

Text: Markus Hirsilä Published on the 22nd of October 2018

THQ Nordic picks up Alone in the Dark, Act of War rights

A couple more IPs are added to the ever growing portfolio.

Text: Bengt Lemne Published on the 19th of September 2018

Text: Suzanne Berget Published on the 30th of July 2018

First4Figures deliver another stunningly detailed video game rendition in the shape of Shiranui.

The player managed to win it for a second year.

It's a meta crossover jamboree!

Text: Magnus Groth-Andersen Published on the 14th of April 2018

An annual general meeting is taking place on April 16.

Text: Markus Hirsilä Published on the 12th of April 2018

A Mario Kart themed Monopoly arrives in the United States

Hasbro adds a new video game license to its collection.

Text: Sergio Figueroa Published on the 17th of February 2018

A key talent behind multiple Game & Watch titles as well as the most recent Smash Bros.

Text: Jonas Mäki Published on the 12th of February 2018

It allegedly performs quite well too.

Text: Magnus Groth-Andersen Published on the 31st of January 2018

Text: Fabrizia Malgieri Published on the 29th of January 2018

A total of $2.27 million donated towards cancer prevention.

Text: Sergio Figueroa Published on the 10th of January 2018

Wii games are coming to Nvidia Shield in China

Surely Wii games on Switch can't be far behind?

Text: Bengt Lemne Published on the 5th of December 2017

Things aren't looking up for the avians after the IPO.

Let's Sing 2018 to be released on Switch next month

Voxler's music game is now available on PS4, Wii, and Wii U.

Text: Bengt Lemne Published on the 25th of October 2017

Nintendo will close down the Wii shop in 2019

Every connected service will be taken offline until then.

Text: Stefan Briesenick Published on the 29th of September 2017

It's been an anger-inducing start to the season.

Text: Mike Holmes Published on the 21st of September 2017

Court rules Nintendo has to pay $10 million USD to iLife

The ruling says that their Wii and Wii U technology infringed on a patent.

Text: David Kers Published on the 1st of September 2017

Text: Magnus Groth-Andersen Published on the 17th of August 2017

Text: Magnus Groth-Andersen Published on the 20th of July 2017

With songs from Ariane Grande, Bruno Mars, Shakira and more.

Text: Sam Bishop Published on the 5th of June 2017

Text: Fabrizia Malgieri Published on the 26th of April 2017

The U.S. distributor is responsible.

Ubisoft is bringing Monopoly to the Nintendo Switch

The developer made the announcement at Nintendo Direct last night.

Text: Markus Hirsilä Published on the 7th of April 2017

LG is always at CES with its latest panels, and 2020 was no different. We take a look at what the TV specialists brought with them to Las Vegas.

Dóri tries out On Point, the new arcade title that blends airsoft and video games.

Lucas Cort from UNIS Technology was on hand to explain On Point, his company's new arcade game which blends video games with airsoft target practice.

Be Quiet! PR manager Xander Hoose was on hand to talk us through some of the company's stealthy products, including a new PC gaming tower called the Pure Base 500DX.

Alex from Razer was on hand to show off some of the company's additional product lines at CES 2020. In this latest interview from Las Vegas, we get a good look at the Kishi controller for Android, the Sila 5G Home Router, and the Arctech Pro phone case.

Kassandra O'Brien from AtGames was at CES 2020 to show off the Legends Ultimate Arcade, a fully-featured cabinet stuffed full of classic arcade games.

With snow covering Plants vs. Zombies: Battle for Neighborville, we headed back in to celebrate the winter festivities.

Mionix CEO Peter Nygren talked us through his company's range of gaming mice.

ViewSonic's Jason Maryne was at CES 2020 to show off a new prototype OLED 55-inch monitor, as well as the Elite XG2700QC.

Emanuel Järnland from Asus was in Las Vegas to show off the company's new range of monitors.

Here's one compelling alternative to the Apple Watch. Garmin has sent us their luxurious Vivomove Luxe model.

We talked to Razer's Kevin Allen in Las Vegas when we were in town for this year's CES 2020. During our chat, we got the lowdown on the company's Eracing Simulator.

Sensoryx chief Rolf Adelsberger joined us during this year's CES in Las Vegas to show off his company's innovative new VR controller solution.

Quentin Malgaud was in Las Vegas at CES 2020 to show off Linedock's fully-featured new battery solution for the MacBook Pro 13".

Ryan Nguyen from Sapphire Studio joined us during CES to show off his company's wares, including a battery-powered skateboard and the smart bag used to power it.

At this year's CES, Razer unveiled the Tomahawk. It is a small yet powerful PC, but what makes it special? We had a little chat with Razer to find out.

With Star Wars Jedi: Fallen Order being one of the standout games of 2019, we revisited Respawn's title to see just how good it is.

The BassMe bass solution caught our eye at CES 2020 so we had the head of communications, Raphaël Guichard, take us through the product's features. 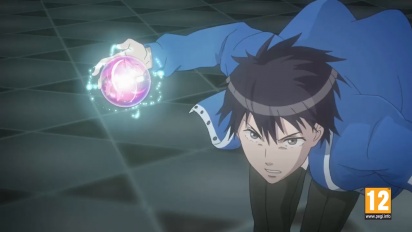 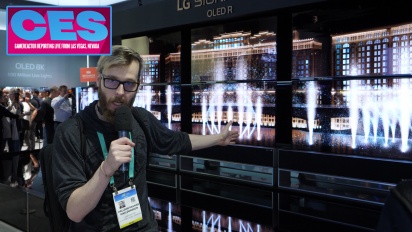 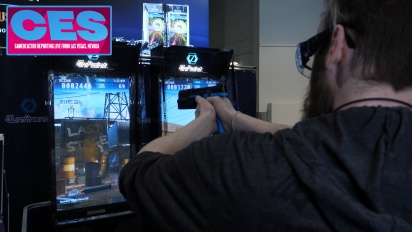 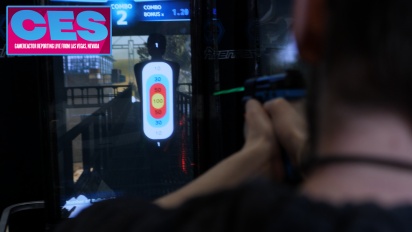