Small Games Impact's Team 17 title is getting closer, and we were able to try it out for ourselves at Gamescom.

From obscurantism and religious persecution to becoming the foundation on which our knowledge of the world is built, that is the story Vile Monarch wants to tell.

Andrew Shouldice talks about how they've utilised Game Help on Sony's console during an interview at Gamescom.

We talk with League of Geeks' Trent Kusters to learn more the "strategy game from hell" and its reimagining.

We spoke with the developer behind the solo project The Falconeer, to learn about his upcoming work.

Isonzo improves with fidelity and realism from Tannenberg and Verdun

We spoke to the director and founder of Blackmill Games about the World War I shooter at Gamescom.

In Moonbreaker "every unit's position affects basically every other unit"

We talk with Charlie Cleveland about tactical and slightly randomised combat in one of the most unique and convincing games at Gamescom.

More on The Callisto Protocol's difficulty, puzzles and off-the-path secrets

Glen Schofield's new horror "doesn't mean that you only have one bullet. It might be one clip".

Why there are no humans in Dragons: Legends of The Nine Realms

We talk with OG Games to learn more about the narrative aspect of the imminent release and about its ability-based gameplay.

Announced at Gamescom and now available, we've taken a closer look at the new gaming headset.

Parallel Studio tells us about Under the Waves' environmentally-friendly focus

The ocean-based adventure game is being published by Quantic Dream and will debut next year.

Why Gerda: A Flame in Winter might be "an actual brutal game" despite little graphical violence

We also learned why hard mechanics are not always needed to create a difficult game.

Why Star Trek Prodigy: Supernova might be the ideal "my first co-op adventure" for ages 7-11

We talked with Outright Games at Gamescom to learn all about the new game releasing in a month's time.

The truth about Nakoruru in Smash Bros. and why KOF XV isn't coming to the Switch

Yasuyuki Oda laughs recalling the rumour about seeing the Kamui warrior as an Ultimate fighter and admits that they're "always thinking" about King of Fighters for the Switch.

The new Armada line of screens by HP's recently-acquired accessories & peripherals brand comes with a sturdy arm in the box.

The free-to-play MMO will gather 100 players in third-person battles and we talked with its director at Gamescom.

SNK's chief producer talks to Gamereactor about the new Garou's reception, coming back after 20 years, and the specific artwork they used to unveil the project.

The King of Fighters XV will sign Haohmaru, Nakoruru, and Darli Dagger in the autumn to increase the roster to 53 characters. We talk balance with Oda-san.

Our four correspondents have seen, played, and interviewed a lot, and here are their daily and overall picks for the best and the worst in Cologne.

Neill Blomkamp is finding game development to be "creatively quite cool"

The District 9 director tells us about his experience working on Gunzilla Games' Off The Grid.

The two secrets 'hidden' in Wo Long: Fallen Dynasty's name

Team Ninja gave us clues of the plot during their interview with us at Gamescom.

The botanical life-sim management game is set to arrive next year.

Almost 10 years after the release of the first game, Rain Games presents the sequel with a new heroine, new puzzles and new enemies.

Glen Schofield: The Callisto Protocol has "like 87 cameras right now"

Legendary action horror game director recalls "we learned a lot on Dead Space" and talks to us about the cam work done for Striking Distance's anticipated title.

Game director Kevin Choteau told us about how the performance has elevated in Asobo Studio's adventure sequel.

The main differences in combat between Nioh 2 and Wo Long: Fallen Dynasty

We had an interview with Team Ninja team to tell us all about their upcoming Chinese dark fantasy game.

We spoke with the developer behind the title to learn all about the rhythm-fighting game.

Sloclap explains to us how the Summer Update improves Sifu

Between gameplay modifiers, better scoring, and some new outfits, fans of the martial arts game have a lot to look forward to.

Only available at last week's Gamescom, THQ Nordic is looking at making Grace in the Dark available to all players eventually.

The FLESH system is so detailed that players don't need a HUD to get an idea of how they're doing.

Nostalgia and skills: Sonic Frontier's producer on why the Cyber Space is based on the hedgehog's memories

We talk to Iizuka-san at Gamescom 2022 to learn more about both the open-zone mechanics and the linear, traditional levels.

Dungeons 4 announced with a first trailer

It'll be a Day One Game Pass title when it launches next year.

You can ride sandworms in the upcoming MMO Dune: Awakening

Move out again with Moving Out 2

Check out this party game sequel next year.

We're still waiting to hear when the game will release.

Blacktail gets new trailer and will be released this winter

It's based on the tale of the Baba-Yaga.

We're waiting to hear more about a release date.

The sequel will be coming in just a few months.

The Outlast: Trials gets new trailer and closed beta in October

New gameplay from The Expanse - A Telltale Game

The narrative heavy adventure game is slated to arrive next year.

Lords of the Fallen 2 revealed with release date of 2023

Little else is known of the game.

Check out the new trailer for Sonic Frontiers

The Sonic Team developed platformer will be debuting this November.

Expect the horror game to land sometime next year.

It launches on October 14 and sports a female hockey player for the first time ever on the boxart.

PC and Switch fans will soon be able to play the return of the series.

There will be PS4, PS5, Xbox One and Xbox Series versions as well as PC for this alien world investigative adventure.

Gotham Knights to be launched earlier than expected

And we've been shown some of the game's villians. 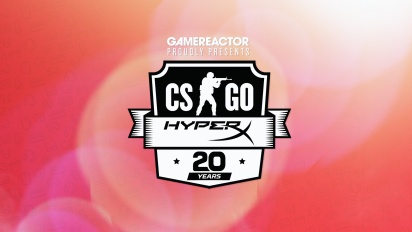 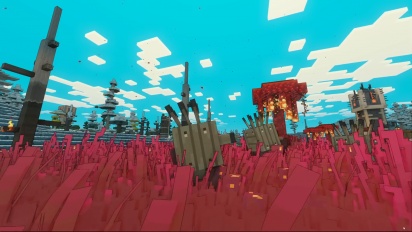 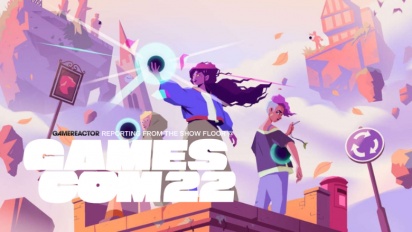 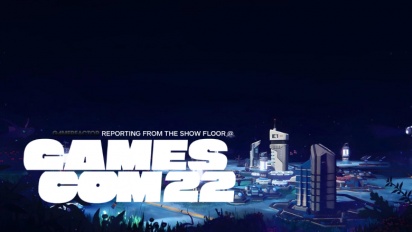