The Phoenix Wright/Ace Attorney series has been exclusive to handhelds and mobile devices, but that's about to change early next year when Phoenix Wright: Ace Attorney Trilogy arrives on PC, PS4, Switch, and Xbox One. Now Capcom has confirmed the Japanese release date as February 21 across all four platforms. However, there's no firm release date for Western audiences outside the "early 2019" window previously announced.

The official Twitter feed did tease that we're getting date "soon" though, so hopefully we'll know more and hopefully it won't be much later than the Japanese date.

"Phoenix Wright is still a fun and engaging experience, and with three games in one, you have a great amount of content to get through."

If there are no objections, we're heading into the courtroom to experience the classic cases alongside you.

Comes to PC and consoles on February 21 in Japan. 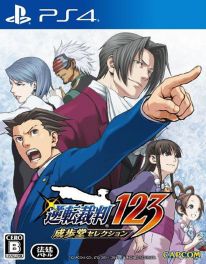