Finnish studio Remedy is known for Max Payne and Quantum Break. Their latest mystery project P7 was revealed during E3, however, and the game is called Control. Remedy's Thomas Puha and Anna Megill showed the game during PlayStation Live at E3, and you can watch the video right here.

Control is a game about the Federal Bureau of Control, an outfit based in Manhattan. After a mysterious other-worldly entity attacks and the director of the Bureau dies, Jesse Waden, the game's protagonist, becomes the new director. It's time to fight.

Jesse has her own service weapon, which transforms into different forms. In the demo, they showed a pistol form and a shotgun form. Jesse also has supernatural abilities, of which telekinesis is the most versatile. "She can upgrade and mod both her weapons and skills," as Anna Megill put it. Environments are destructible, and different objects are used in combat.

When asked about the structure of the game, Thomas Puha had a clear answer to give:

"It's definitely not open world. Much more of an open-ended game [...] You have your story missions, but you also have side quests to do as well [...] And not everybody you meet is going to be hostile."

Control doesn't have a fixed release date, but it is in development for PC, PS4 and Xbox One. 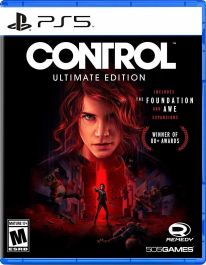