"It was under Alfred the Great and his immediate successors that a unified Anglo-Saxon kingdom was first forged", said Thrones of Britannia game director, Jack Lusted. "As the only major kingdom left standing after the Viking Invasion, it was under the banner of Wessex that the lands the Great Viking Army had conquered, known as the Danelaw, were retaken. The name of this kingdom changed from Wessex to England."

A Total War Saga: Thrones of Brittania was delayed last month and now releases on May 3rd on PC.

"The more detailed focus works very well, and the greater emphasis on character progression breathes new life into the strategy half of the campaign."

You can get the game now on your Mac device.

Does the more focused Saga series do enough to stand out?

Creative Assembly has called us into battle.

Check out the Gaelic cinematic trailer from Thrones of Britannia

Creative Assembly's first Total War Saga entry is due out in April. 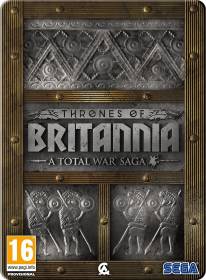