Bloober Team and Nvidia have released a new trailer for the upcoming horror game The Medium, which launches for PC and Xbox Series S/X on January 28. The game supports both DirectX Ray-tracing and Nvidia DLSS, which means we can look forward to some pretty cool lighting FX.

In the game, we get to teleport between two parallel worlds as a medium. To be able to do this instantly, the SSD in Xbox Series S/X is put to good use, and this is also the reason as to why the game isn't coming for Xbox One as well. The Medium is also included with Xbox Game Pass, starting day 1.

Check the new trailer out below. 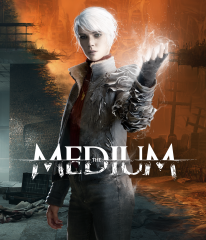