It seems that the suspend/resume feature introduced in the latest system update for PS4 doesn't work as intended with some games. According to Videogamer, you can't suspend your game of Bloodborne, if you're playing in online mode. Players will simply sent to the game's menu, when they're trying to resume playing. Of course, this is common sense. If you can't pause the game (and you typically can't when it's online), you can't suspend it.

There seems to be issues with Killzone: Shadow Fall. Guerrilla Games reported that players may encounter some issues, if they suspend their game while it's loading into different modes, when saving the game, or while playing cinematics. The news has been since removed from Guerrilla's website, but they said on Twitter, that they're looking into issues regarding the reports relating to PS4's 2.50 firmware.

The ability to suspend and resume playing was one of the highlights of the system update, but it seems that developers are now running into some troubles. The again Sony did say that the feature would not work with 100% of the catalog. Expect some of these issues, such as the ones in Killzone: Shadow Fall to be patched up in the future.

Here's what Bloodborne looks like from a first-person perspective

The mod will only be available for those on modded PS4 consoles.

The animator and character designer for Gravity Rush has also left the studio.

Fortunately, however, he is going to remain within the games industry.

Could From Software fans be getting something to sate their need for souls-like gameplay ahead of Elden Ring? 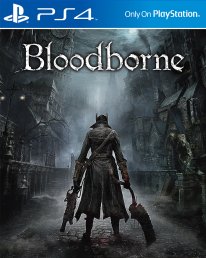