Nintendo revealed plans for a major DLC for New Super Mario Bros. U entitled New Super Luigi U at the Nintendo Direct presentation this afternoon. The new DLC will rid the game of brother Mario and bring all new tweaked levels for players to explore. In fact the whole campaign is transformed to fit with the Luigi theme. Expect the DLC to release later this year. 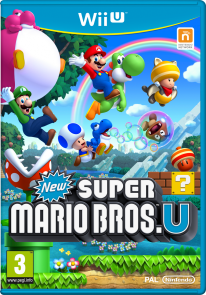