Konami have shared some pictures from their upcoming Pro Evolution Soccer 2012. We've been promised new tricks and new animations - even though they are a bit hard to get a sense of when watching screenshots.

The football-fans (yes, football, not soccer) here at Gamereactor are looking forward to trying it out when it's released for PC, PS3, Wii, Xbox 360, PSP and even Playstation 2 towards the end of the year. 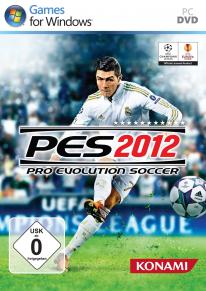