Konami has released a batch of screens ahead of the release of its Rush 'N Attack: Ex-Patriot title.

The game, a spiritual sequel to company's 80s classic Green Beret (as it was called in the UK), will be released on both PSN and Xbox Live, with PlayStation owners getting in on the action first on March 29, with the Xbox 360 version due for download the day after.

After the quality of Hard Corps, released on XBLA last week, we're looking forward to another dose of 2D platforming action to test our rusty gameplay skills. 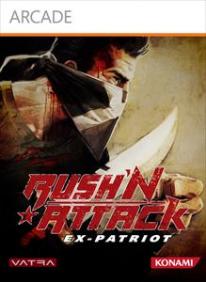