You may recall the rumours we reported on that claimed a new Resident Evil called Resident Evil: Raccoon City was in developed at Six Slant Games in Vancouver, Canada a few weeks back.

Then there was that little piece of information released that a new zombie game would be revealed at the Spike TV Video Game Awards. Speculation pointed towards Left 4 Dead 3, Dead Rising 3, a new House of the Dead and naturally Resident Evil.

Today a new clue appeared that seems to confirm this zombie is indeed tied into the Resident Evil franchise, namely the image below. The Bio-hazard symbol indicates that it is indeed a new Resident Evil we will see on December 11. Whether it's Resident Evil: Raccoon City or perhaps Resident Evil 6 remains to be seen. 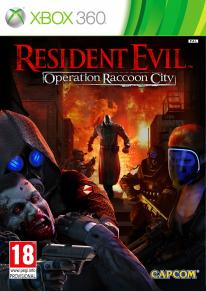