Nintendo confirmed that the new Project Zero, released last autumn in Japan, will come Europe later this year. Though we imagine the subtitle - The Black Haired Shrine Maiden - may change.

The game will feature three different characters who explore cursed tourist attraction Mount Hikami. Wii U's GamePad will be used as a camera to ward off and destroy evil ghosts.

The game will be exclusive to the console.

REVIEW. Written by Fabrizia Malgieri on the 20th of October 2015 at 17

"It chilled our blood to perfection, creating, with almost surgical precision, great suspense."

The original launched on the Wii U back in 2014.

Project Zero for Wii U gets Zelda, Metroid, and censorship

New Project Zero will arrive on Wii U later this year

Nintendo confirmed that the new Project Zero will come Europe later this year.

No word on a European release with the Japan's release looming.

Project Zero 5 on Wii U gets new trailer

Horror game due out in a couple of months in Japan. 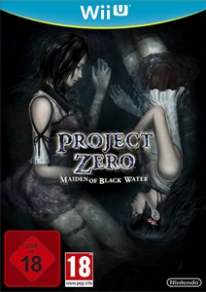