The main Naruto series might be over, but Bandai Namco isn't done yet with the video games, as they've announced two new titles for the PlayStation 4 in the last issue of the Japanese magazine Weekly Jump.

Naruto to Boruto: Shinobi Striker is the big new one, but there aren't many details yet, other than the fact it's an "acrobatic ninja battle" game for up to eight players online, according to the translation by Gematsu. In the pictures we can also see the young Naruto with his old Team 7 partners, but Boruto isn't there.

Are you excited to see some brand new Naruto in Shinobi Striker, or revisit the classic Ultimate Ninja Storm games? 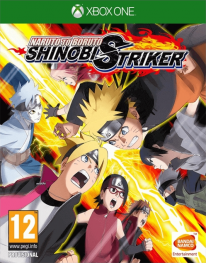