The newly announced Mirror's Edge game, a prequel to the current-gen game that was released earlier this console generation, has been referred to as an "open-world action adventure" by EA Labels president Frank Gibeau.

The comments were made during the publisher's E3 analyst call (and came to us via CVG), and were followed up by comments made to the same website by EA's Patrick Söderlund.

One thing's for sure, we can't wait to see what DICE has in store for us when the game launches on next-gen consoles and PC, though when that'll be remains unclear, as all we've been told is it'll launch "when it's ready."

Thank you for your time. We will take care of this matter as soon as posible
uhm.... 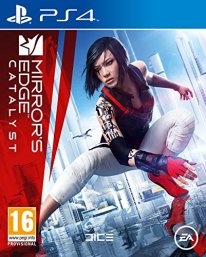