eFootball PES 2021 has recently received a new season update that is adding over 150 player face updates to its database. Alongside this, the new update will add over 200 new kits, and Steven Gerrard as a Master League Manager.

The update will also feature the latest club and player updates for countries around the world, alongside this, the new Iconic Moment Series players will be kicking off within various myClub campaigns. Here is the current planned schedule for the series:

Last of all, this update will also be bringing 14 new boots from adidas, NIKE, PUMA, UMBRO, MIZUNO and Joma for players to sport on the pitch.

This massive data pack launch is available to download for free right now on PC, Xbox One and PlayStation 4.

Atalanta to be exclusive to eFootball PES 2022

The "long-term" deal will force EA to create a fictional Atalanta for the next FIFA.

The Italian club will be the latest partner for the eFootball PES franchise.

The beautifully-animated football game just got a bunch of new faces and iconic events.

The 2020/21 season will be split into two divisions, eFootball.Pro and eFootball.Open.

You can also transfer your myClub squad by logging into with the same PSN or Xbox Live account used on previous consoles.

Alongside these new features, this update marks the beginning of the Iconic Moment Series players campaigns. 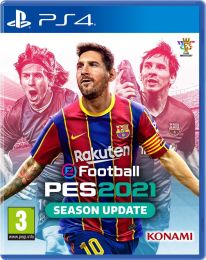