A new Donkey Kong title was announced during the latest Nintendo Direct livestream. Donkey Kong Country Returns: Tropical Freeze is, as you would expect, a side-scrolling platform game that sees the return of some of Nintendo's most iconic characters.

The premise is simple, Donkey Kong's back yard has been overrun by vikings, and he must defend his home/island with the help of Diddy and Dixie.

The gameplay demonstration we were privy to boasted HD graphics, with camera angles that will spin around and show dynamic scenes for new gameplay experiences. Once again there'll be two player simultaneous multiplayer for co-op buddies to savour, but sadly there was no mention of a release date other than sometime this year, so we'll have to wait for a future announcement regarding when the game will launch. 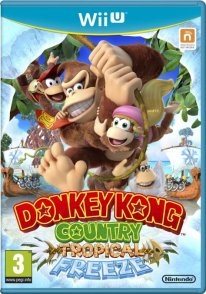