The Secret of Monkey Island is one of the best games ever. The end. It is LucasArts' finest moment and a title that will probably stand the test of time for all eternity, and the game is just as enjoyable now as it was when it was released three decades ago.

And to commemorate the game's 30th anniversary, YouTuber onaretrotip has now released a documentary called The Making of Monkey Island. It's 82 minutes long and filled to the brim with gameplay, interviews and fun little tidbits.

We're actually working on our own retrospective of The Secret of Monkey Island, so stay tuned for that if that linked documentary isn't enough nostalgia for you.

Find out more about an all-time classic adventure game. 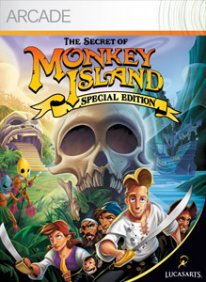