After having our final hands-on session with Rime at Tequila Works' offices in Madrid, we also had a chat with creative director Raúl Rubio and game designer Kevin Cerdá to learn a bit more about the game itself and the journey it's meant for the team.

We'll share more from the chat in the final stretch to Rime launch on PS4, Xbox One, and PC in a week's time, but the developers also wanted to explain how are they currently working on the port for the Nintendo Switch.

"We were glad that Nintendo was interested in Rime", recalled Rubio, "but as you can guess it's still a lot of work." "It's probably the hardest one", added Cerdá. The plan, according to Rubio, is to achieve parity, as "obviously the biggest goal for us is that the experience is the same as in the big consoles, that it's the same in terms of performance and graphics as well. So even if the game is going to look very similar on the surface, we're actually tweaking a lot of things on how for instance the levels are built, how the assets, the props and the lighting and everything [work]. Because we obviously have different needs in terms of how the streaming system works, or the lighting, so basically we've rewritten the game".

Elaborating a bit more on the tech side of things, Rubio pointed out they're using Unreal 4, but quoting Astro Boy creator Osamu Tezuka and his "draw manga button", the creative director stressed that "many people think that when you're using powerful engines like Unreal it's as simple as pressing the button to get different versions, right? It's not that simple. Especially because, well, the architecture is totally different, the memory is totally different, hard drive is totally different."

Cerdá, however, admitted that "there's that button, you can press it, 'Make a Switch version', but then when the machine does not work... (laughs). Then you have to figure out why and fix it!" Going into specifics, Rubio mentioned that "the interface for example, the interface for Switch has many things that we have to consider, like using the controllers or not, how the HD Rumble works on Switch, that kind of things..."

With the cutting-edge vibration system mentioned, we asked whether the devs are trying to take advantage of the HD Rumble, given this is more of a 'sense-based' game, in that you have to 'feel' the environment, you have to use your character's voice, you have to get in touch with puzzles... This was Rubio's answer:

"We'd love to. Right now we're focusing on the performance, but of course if we have time, yes, that's something that we would love to add."

Rime will launch on the Nintendo Switch both physically and digitally "this summer", with Tequila currently aiming at 720p30 resolution/framerate in both docked and handheld mode [correction as per developers' request]. 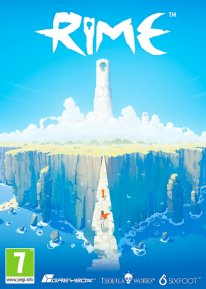