Plantation is the name of the new multiplayer map that's just been released for the PC version of Sniper Elite 3. It's the third of four new maps coming from Rebellion for their WWII sniper game, and a few details have been offered regarding the new location:

Plantation is flanked by a traversable swamp while a water wheel irrigates the surrounding areas via a network of shallow trenches, offering opportunities for stealthy movement and quick escapes. Eschewing the traditional battles for a handful of commanding views, Plantation offers an open and rewardingly complex environment encouraging snipers to think creatively about their location and movement.

The Eastern Front weapons pack, this one being paid-for content, has also been released. The same content will be heading to the console versions of the game "in the near future". 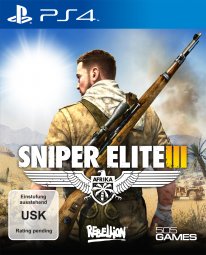