The latest patch for Call of Duty: Advanced Warfare has been released on Xbox platforms, and promises to fix many of the balancing issues players have been experiencing with the online multiplayer.

The release of the patch coincides with the release of the game's Havoc DLC pack on Xbox platforms, which is scheduled for release on PC and PlayStation platforms next month. The patch itself will be available on the other platforms later in the week.

You can check out some of the patches notable changes below.

REVIEW. Written by Jonathan Björklund on the 3rd of November 2014 at 08

"It's a breath of fresh air in a series that has been standing still for several years."

Activision wants to turn Call of Duty into a movie franchise

The plan is to approach it like Marvel and Disney.

Today's livestream is another warm up ahead of Black Ops 3.

Watch us play some Advanced Warfare.

It's time for a Reckoning.

Reckoning will include four new multiplayer maps, a new weapon and much more. 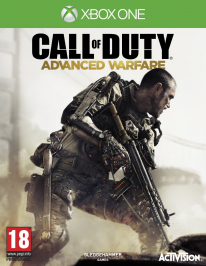