Today EA and Ghost Games have decided to give us more insight into the customisation system in their upcoming game Need for Speed Payback, and they've done so by releasing the new trailer you can watch below. This also tells us about the 'derelicts', EA's take on 'Barn finds' from the Forza Horizon series, where you'll find old cars in secret locations, and these can be fixed up to "one-of-a kind supercar beasts", as EA puts it.

At the same time we're informed, this time it's official, on what you'll get when pre-ordering the game. As leaked a bit over a week ago, the Platinum Car Pack will be a part of this, which includes the following:

For more on the game be sure to check out our hands-on impressions. Will you be pre-ordering it?

"It's hardly the worst entry that we've seen from the series so far, but it arrives at a time where the franchise is in desperate need of a revival..."

Need for Speed Payback gets Online Free Roam in 2018

After Star Wars Battlefront II it seems another EA title is switching things up.

We play Need for Speed Payback for two hours

We feel the need for cinematic racing.

Need for Speed: Payback has a day one patch

The game is coming our way next week. 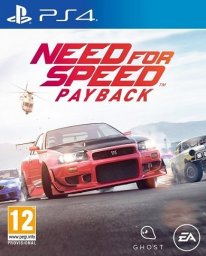