EA pushed out a new trailer for the new Need for Speed during their press event at Gamescom, and as you would probably expect, it's full of high speed driving action. The game incorporates film footage and mixes it up with gameplay in what looks a fairly seamless experience.

The publisher also discussed the game itself. It seems there are five different ways to progress through the story. These are tied to real life drivers - the game's "icons" - and they require players to attempt specific types of driving; some characters will want more skilled driving from the player, while others will ask them to go as fast as they can.

The new Need for Speed is heading to PC, PS4 and Xbox One on November 05, and you can find out more about it in our recent interview with Ghost Games.

"The depth of the customisation options allow you to truly fine tune the cars to fit your tastes."

Could Need for Speed be hitting Las Vegas?

We've got a teaser image for the game.

Need for Speed and Unravel free with EA/Origin Access

Both games are now part of the vault on PC and Xbox One.

Need for Speed for PC free with EA's Origin Access

You can choose to buy and keep all your progress later.

Need for Speed gets massive update

Legends introduces a lot of content based on past Need for Speed titles. 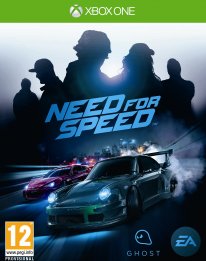